Written and directed by Alina Ozerova, cinematography by Jorne Tielemans

When dangers are unrecognizable and vision is failing – which senses can you rely on? And are there any rules to follow in order to escape?

Some roots of mass hysteria are actually pre-fabricated by the current social order. The symptoms of phobias have iconic representations in popular culture – the viruses and epidemics in science fiction films, the woods full of danger in fairy tales, the ineluctable hand of fate in ancient myths. So, how do human beings actually overrule the unpredictable reality? Do we retain the feeling of control from our body chemistry mechanisms or by accepting guidance offered by the authorities?

This short film starts as a science-fiction story and gradually morphs into a dark fairy-tale. The characters are the subjects of an on-going observation in a research facility. Without knowing what exactly is being monitored we follow the interior monologue of the guide character. Her professional obsessions with fear and control are getting outspoken during the ritual scenes in a time-less mythical setting. 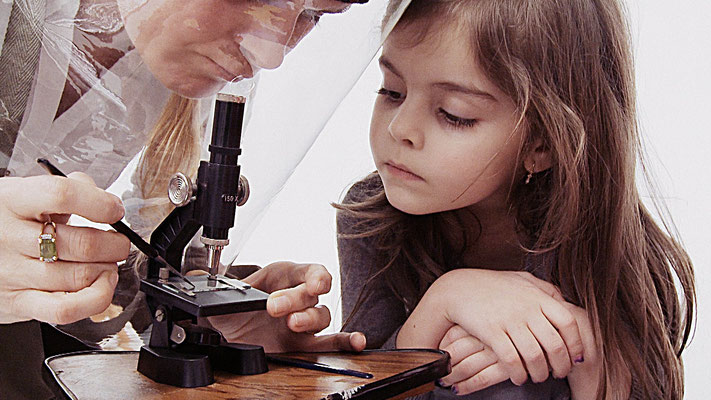 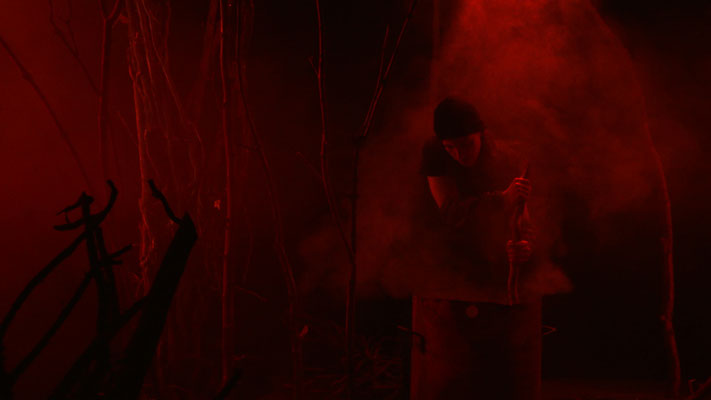 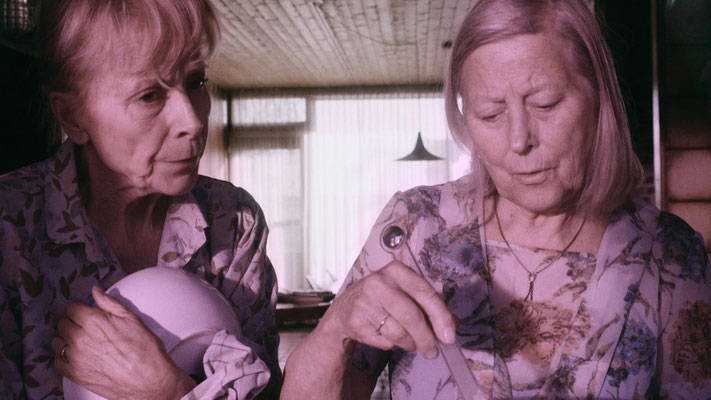 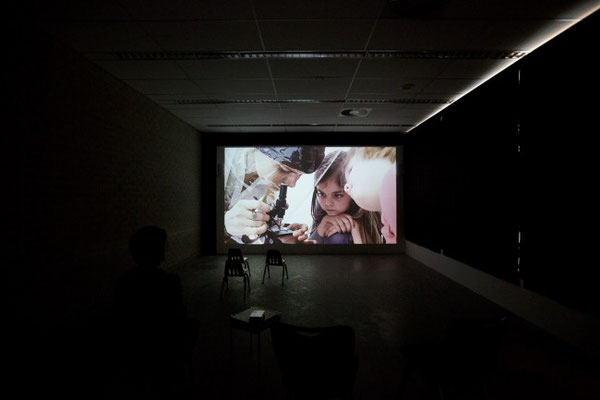 Part of 'Fast, No Jams, No Panic' solo show in Moscow Museum of Modern Art, RU.

Protective ornaments and charms against malefic and destructive forces since ancient times have been a part of the visual identity of our houses, clothes and tools, often repeated without full understanding of its code.The installation binds together safety icons symbolic and the narrative of the videos (flammability, sirens and invisible danger). It embraces the real fire extinguisher from the site and the multiplicity of warnings transforms it into a pop aesthetics statement. 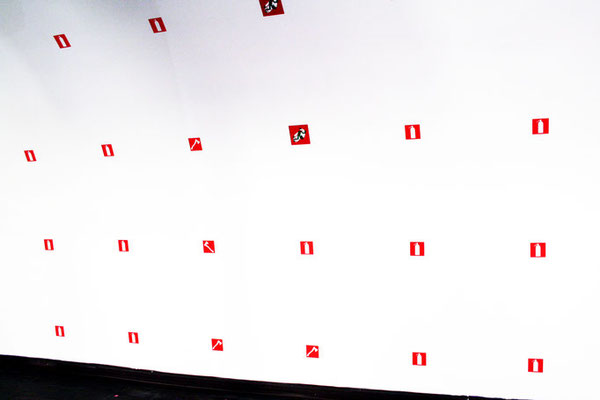 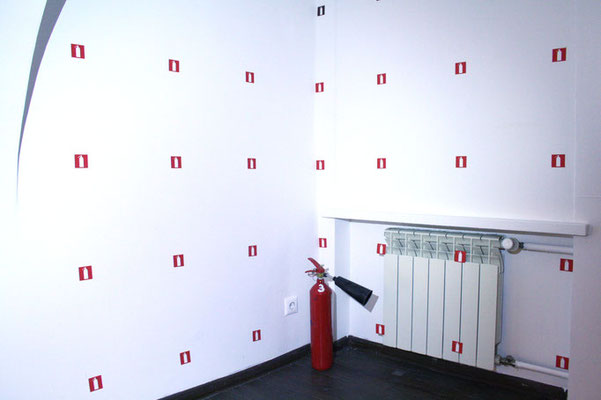