Logline: Recovering memories of timber within a concrete-sealed reality of historic oblivion in contemporary Russia. A story of the family house as the story of deportation, loss of property, and ability to remember. 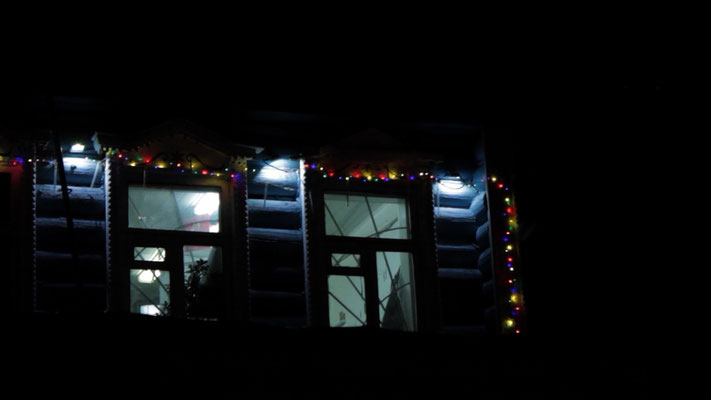 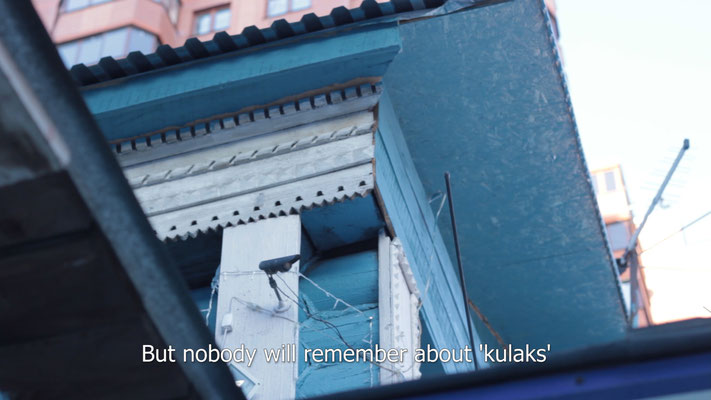 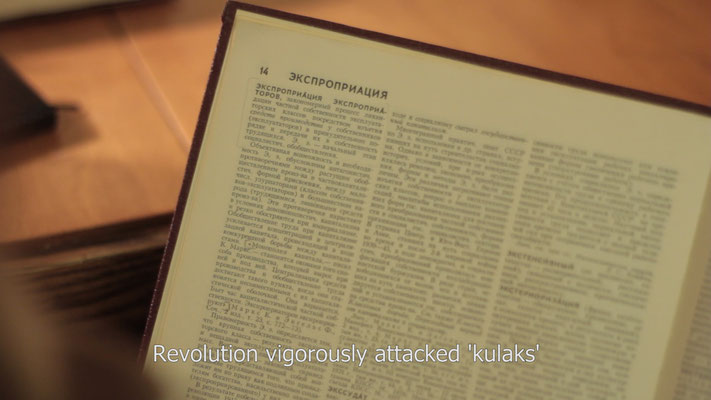 Synopsis: This film revolves around an old wooden house, the survivor of the 20th century. Once a family house, it was expropriated by Soviet authorities 90 years ago. The story of this loss is the same old as the director's grandmother, her last key to those memories. In a personal way, the film revisits the period of political repressions in the USSR imposed on 'kulaks' – class enemies of the state in the 1930s.

Alina (38) the director and her grandmother Lidia (91) are searching for the language to talk about those events and to understand the reasons for forgetfulness not just in their own family, but within society as well. They revisit official Marxist-Leninist political formulas. They create personal diaries, drawings, 3D maquettes, and interpretations. Each of them is looking for the most precise words and emotions.

The visual juxtaposition of the out-fashioned wooden house surrounded by contemporary high-rise buildings is striking. As if the seams stitching the old and the new were inside out. The future collapse of the house is foreseen. If it happens there will be a hole. Not only timber and bricks will fall into it, but shreds of family history and collective memory.

Continuing her need to understand what is left Alina travels to Novokuznezk – the final destination for her deported family. She searches for the spot where her ancestors were digging a mud-hut in the middle of Siberian winter in order to survive in the new circumstances. Over there the seams of the history are covered with snow.

After the fall of the Soviet Union, there was never time for reflection. The open window of the 90s got slammed with the new political wind. And the wooden house is still standing as a reflection of an extending state of oblivion. In this film, Alina and Lidia come across the themes of fear and loss. The question is raised if the historic loss of property and civil rights eventually resulted in the loss of memory and loss of time to reflect on those processes.

Director's note: This film is following a documentary essay logic and is structured in several chapters. This is an artistic and poetic investigation of the subject rooted not in the overwhelming statistics numbers but personal reflections of a family. These are memories of the memories since no witnesses are alive, and those who carry the traces might disappear soon themselves. However, the film attempts to reflect on the history as much as on the present-day feeling of misplacement in contemporary Russia. Through the voice-over intonation, editing style, and music choices it also uses humor and irony, together with unexpected contrasts between textures, landscapes, and emotions. 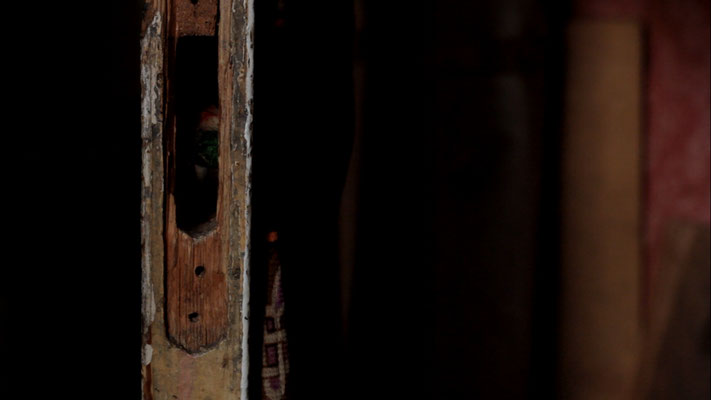 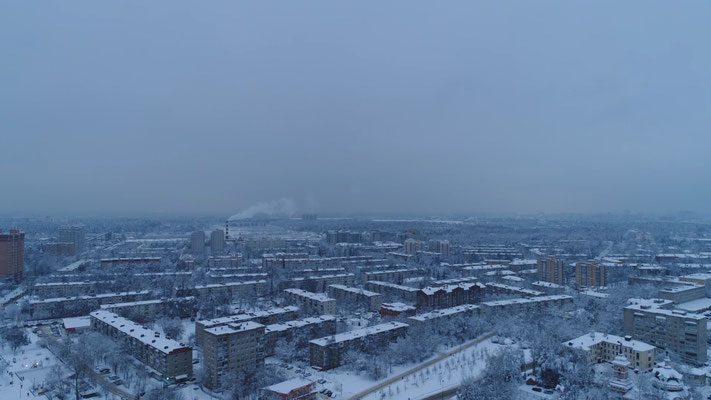 In December 2019, Alina Ozerova was invited for an artistic residency in CCI Fabrika (Moscow) where she worked on the development if this film project into a 3-channel video installation with mixed media components (LED screens, 3D-printed model of the house, sound recordings of the 3D-printing process).  This resulted into a solo-exhibition (13-22 December, 2019).

During the residency period, this documentary project opened up for new directions: namely 3D design, model printing, and programmable LED displays. These elements presented during the exhibition will become props and narrative 'triggers' in the future production of the film. 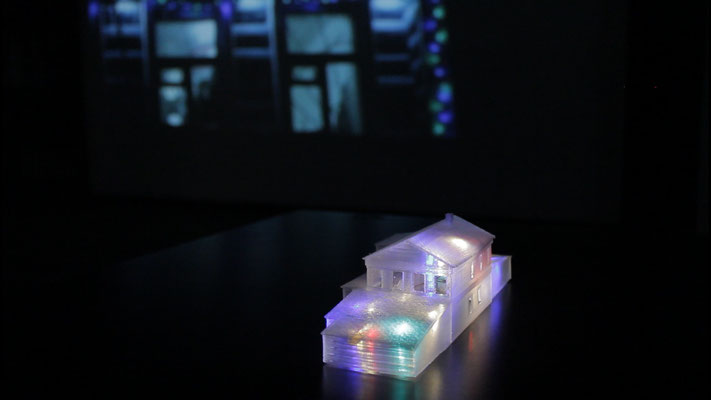 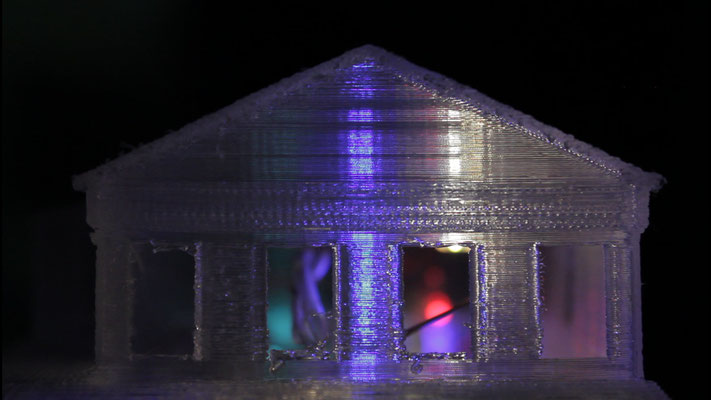 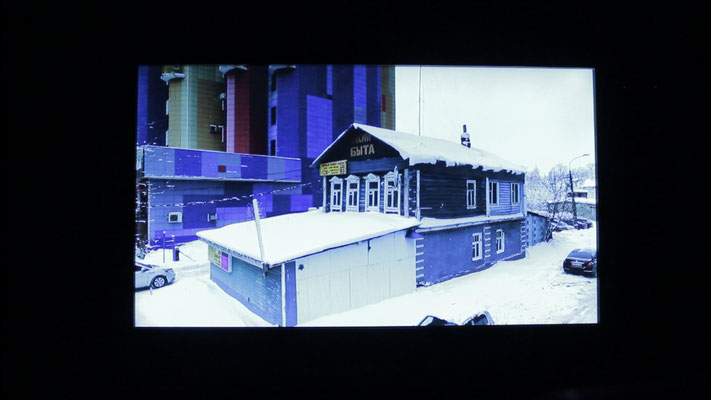